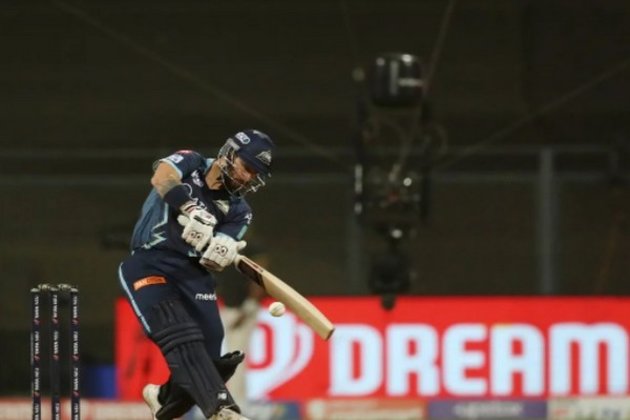 Mumbai (Maharashtra) [India], May 20 (ANI): Gujarat Titans' wicket-keeper batter Matthew Wade has been reprimanded for breaching the IPL Code of Conduct by the match referee for his outburst after being dismissed against Royal Challengers Bangalore here at the Wankhede Stadium.

"Matthew Wade from Gujarat Titans has been reprimanded for breaching the TATA Indian Premier League's (IPL) Code of Conduct during his team's match against Royal Challengers Bangalore at Wankhede Stadium, Mumbai. Mr Wade admitted to the Level 1 offence under Article 2.5 of the IPL Code of Conduct and accepted the sanction. For Level 1 breaches of the Code of Conduct, the Match Referee's decision is final and binding, " said IPL Media Advisory.

The Aussie was given out leg before wicket off Glenn Maxwell's bowling but the replays showed that there could have been a slight deflection when the ball went past his bat. Wade was disappointed after being given out and after reaching the dressing room Wade smashed his helmet on the floor and also threw his bat.