The two vaccine candidates, developed by researchers at the Peter Doherty Institute for Infection and Immunity and the Monash Institute of Pharmaceutical Sciences (MIPS) and distinct from existing vaccines, focus the immune response on the tip of the SARS-CoV-2 spike protein, called the receptor binding domain (RBD).

The two vaccines use different technologies. The Doherty RBD protein vaccine uses part of the virus protein, rather than genetic material or another virus, to elicit an immune response, while the MIPS RBD mRNA vaccine uses the genetic sequence of the tip of the spike, rather than the protein itself.

Researchers recruited 114 eligible Australians to participate in the first-in-human trial, which aims to assess the safety and efficacy of a single dose of both vaccines as a fourth dose of the COVID-19 vaccine. All the participants have already received their third dose of an existing vaccine at least three months prior.

According to the press release from the Peter Doherty Institute for Infection and Immunity on Thursday, the six participants were assessed at the Royal Melbourne Hospital and then randomised to receive either the RBD protein vaccine, RBD mRNA vaccine or a placebo.

Principal Investigator Terry Nolan, a professor of the University of Melbourne and the head of the Vaccine and Immunisation Research Group at the Doherty Institute, said that the participants will be required to keep a diary of any symptoms they may experience over the following month.

"In addition, these initial participants and all others in the study will have numerous assessments, including a blood test, and after 30 days so we can analyse their antibody response," said Nolan.

University of Melbourne Professor Sharon Lewin, also director of the Doherty Institute, said as both vaccines are able to be rapidly modified to target distinct RBD mutations, it may be an important potential tool to combat new variants in the future.

More volunteers are still being recruited and the trial is open to any healthy individual aged 18-64 living in the Australian state of Victoria, who has received their third dose of a COVID-19 vaccine at least three months ago. 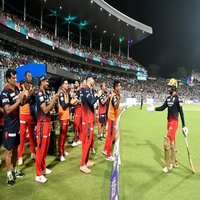