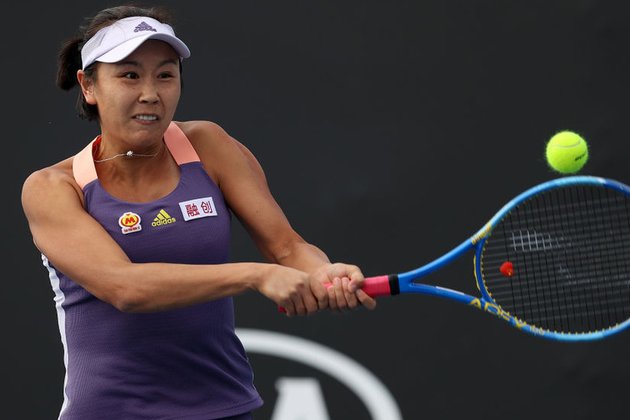 The situation surrounding Peng Shuai has been a central topic in the sports world since her November accusation of sexual impropriety against a senior Chinese government official led to fears about to her safety and whereabouts.

Peng appeared to vanish for a prolonged period after the allegations swiftly disappeared from Chinese social media, then reappeared in a series of videos issued through state-affiliated media.

That led to tennis governing body WTA pulling events from its lucrative Chinese market until it is satisfied that Peng is safe and not being coerced into providing public updates.

While Grand Slam organizers Tennis Australia say they share the fears of the WTA and many players and fans, they have been forced into a hasty explanation of their apparent demand that fans remove banners and shirts mentioning Peng at the first major of 2022.

On Friday, a video uploaded to Twitter by activist Drew Pavlou appeared to show a security guard at Melbourne Park confiscating a 'Where is Peng Shuai' t-shirt because it was deemed to be a 'political statement'.

The video features Max Mok, a pro-democracy advocate from Hong Kong, in conversation with the security guard about the t-shirt, which prominently features Peng's image.

"I'm not saying you can't have those views but Tennis Australia sets the rules here," the guard says in the video - something which Australian tennis' governing body underscored in a Sunday statement.

"Under our ticket conditions of entry, we don't allow clothing, banners or signs that are commercial or political," A Tennis Australia spokesperson announced to the Guardian.

"Peng Shuai's safety is our primary concern. We continue to work with the WTA and global tennis community to seek more clarity on her situation and will do everything we can to ensure her wellbeing."

It has also been suggested that Tennis Australia's reticence on the matter may be influenced by their brand partnership with Chinese liquor company Guojiao 1573, a collaboration representing a significant revenue stream for the event.

And as the Guardian also notes, the WTA took its firmer stance of pledging not to hold any tennis events in China in 2022 because they say the move represents "principles ahead of profit".

Pavlou, meanwhile, has launched a crowdfunding campaign to raise money to print 1,000 Peng Shuai t-shirts to be distributed to spectators ahead of the women's final, which takes place on the penultimate day of the tournament, January 29.

"Sadly, Tennis Australia has not taken such a firm stance in favour of human rights and basic standards of justice," the campaign states.

"In fact, Tennis Australia called police on human rights activists at the 2022 Australian Open for simply wearing shirts asking the same question Naomi Osaka, Serena Williams and fans the world over have asked: 'Where is Peng Shuai?'"

Peng appeared in a video in December 2021 in which she retracted the sexual assault allegations but speculation remains that the clip may have been made under some form of duress.

Australia's Ashleigh Barty, who is the favourite to win what would be her first Grand Slam at Melbourne Park, also added her voice to the wave of concern for Peng.

"We're all looking out for her safety," she said. "We all hope that she's well. We hope that she's doing OK. Hopefully it's not too long until we see her back out here." 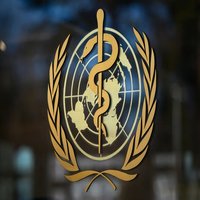