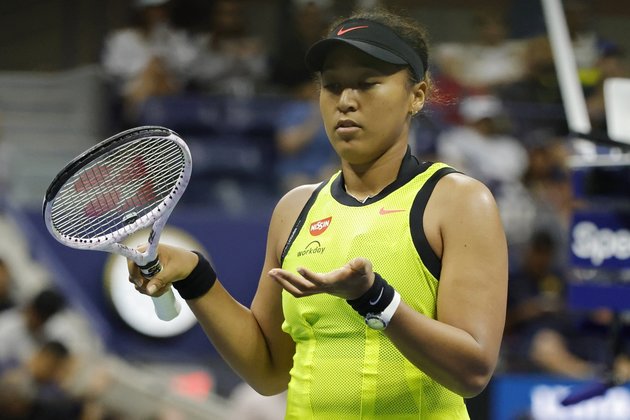 Defending Australian Open champion Naomi Osaka downed Madison Brengle in dominant fashion to advance to the third round and edge closer to a clash with Ashleigh Barty.

The 13th-seeded Osaka posted a 6-0, 6-4 victory to push her 2022 winning streak in Australia to five matches and set up a meeting with American Amanda Anisimova.

The 25-year-old Osaka said on the court after the match that she didn't want to compare her game to her own expectations and remains focused on "having fun" on the court.

Top-ranked Barty potentially awaits the winner in the fourth round. Qualifier Lucia Bronzetti was no match for Barty, who cruised to a 6-1, 6-1 win in just 52 minutes. She has lost just three games in four sets this week.

Barty faces 33rd-ranked Italian Camila Giorgi in the third round.

Barty is attempting to become the first Australian woman since 1978 to win the Grand Slam in Melbourne Park.

Playing on First Nations Day on center court, Barty, whose great-grandmother was a member of the Ngaragu people, said the second-round win was particularly meaningful.

Anisimova reached the fourth round of the Australian Open as a 17-year-old in 2019. She appeared to be back in top form Wednesday, derailing Olympic gold medalist and No. 22 seed Belinda Bencic of Switzerland, 6-2, 7-5.

She said the opportunity to face Osaka was a motivating factor.

"I've been wanting to play her for a while. I'll enjoy it, I'll enjoy the atmosphere," Anisimova said. "She's an amazing player, so I'll look forward to that."