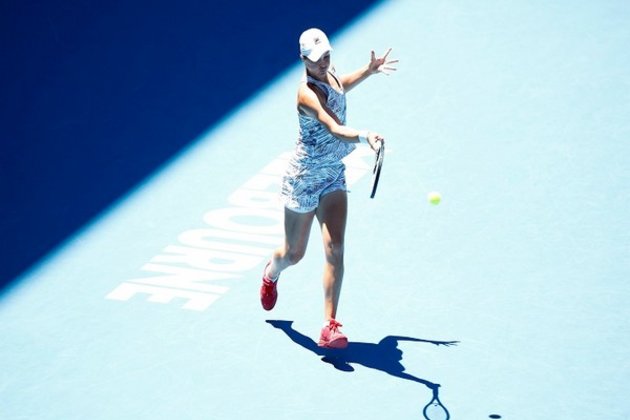 The top-seed Aussie took just 52-minute to dismantle the Italian qualifier, to the tune of a 6-1, 6-1 final score. The Rod Laver Arena crowd was treated to a full display of dominance by Barty, who hit 21 winners and eight aces in the victory.

She and Bronzetti were equal in unforced errors with 14 apiece, but the young Italian couldn't match Barty's power off the ground nor handle her biting slice.

Barty will now face another Italian, Camila Giorgi in the next round. The No.30 seed sealed a 6-2, 7-6(2) win over Tereza Martincova to reach the third round in Australia for the third time in her career.

Badosa of Spain cruised past Italian qualifier Martina Trevisan 6-0, 6-3 on Rod Laver Arena in an hour and 11 minutes. Badosa is currently on a seven-match winning streak, having claimed her third career WTA singles title last week in Sydney.

No.24 seed Azarenka, who won the Australian Open title twice consecutively in 2012 and 2013, stormed past Jil Teichmann 6-1, 6-2. Former World No.1 Azarenka is into the third round in Melbourne for the 11th time, but it is her first trip this far since her quarterfinal run in 2016.

Another former Top 3 player awaits Azarenka in the third round: No.15 seed Elina Svitolina of Ukraine. Svitolina advanced into the AO third round for the sixth straight season after her opponent Harmony Tan of France retired due to injury while trailing 6-3, 5-7, 5-1. (ANI)