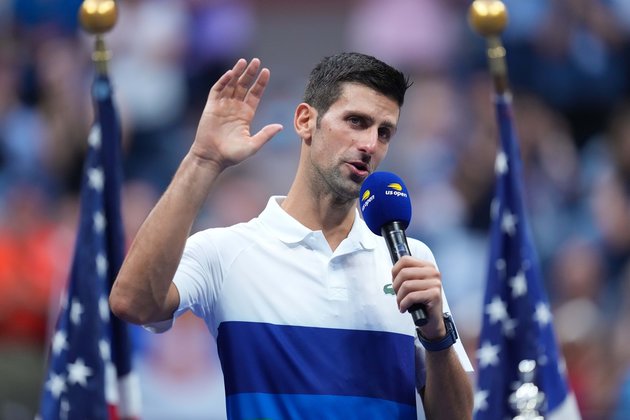 World No. 1 Novak Djokovic of Serbia will likely not be able to defend his title at the Australian Open after a high court upheld the government's decision to cancel his visa and deport the unvaccinated star.

Chief Justice James Allsop announced late Sunday night (Australia time) that the decision was unanimous to dismiss Djokovic's appeal, with costs to be paid by the 34-year-old.

"These grounds focus on whether the decision was for different reasons irrational or legally unreasonable. It is no part of the function of the court to decide upon the merits or wisdom of the decision," Allsop said.

Djokovic can still appeal to Australia's top court, though that's considered a longshot given the timing.

Djokovic was scheduled to begin play Monday against fellow Serb Miomir Kecmanovic. Instead, the 20-time Grand Slam champion will likely remain in detention in Melbourne until he is deported.

Djokovic was detained Saturday (Australia time) ahead of the Sunday hearing after immigration minister Alex Hawke canceled his visa for a second time.

Hawke said he made the latest decision based on "health and ... on the basis that it was in the public interest to do so."

Attorneys for Djokovic said in the appeal that the grounds for canceling his visa were "patently irrational."

Djokovic is a nine-time winner of the Australian Open, including the past three. He holds 20 Grand Slam championships, tying him for the most all-time with Rafael Nadal and Roger Federer. Nadal is entered in the 2022 tournament. Federer is continuing his rehabilitation from knee surgery.